Music for oboe, oboe d’amore and English horn with electronics, field recordings and fixed media by Canadian and American composers residing in the Pacific Northwest

Remote Together is a musical exploration of metamorphosis, taking the listener on a compelling, evolutionary journey, responsive to pandemic culture. Beautifully cathartic, explorative and timely, the album offers a wide variety of unexpected sonic appeal as the pieces thoughtfully integrate the oboe, oboe d’amore and English horn with field recordings. Featuring the music of Canadian and American composers residing in the Pacific Northwest, the album begins in familiar territory surrounding a lush, Baroque-inspired melody, and then travels through previously uncharted sound worlds in which Lee interacts with the unlikely but welcome partners of renaissance chant, falling rain, zither, and microtonal shift. As the co-creator of the final piece, Lee provides a gorgeous culminatory exploration of the lifecycle of the bombyx mori (domestic silk moth), showcasing the beauty and power of metamorphosis, and offering insight, perspective and possibility around the ways in which our human existence and work have changed during this time of seclusion. The majority of these pieces were specifically composed for her and each incorporates varying degrees of improvisation, making each performance unique. 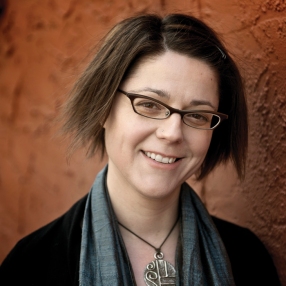 Catherine Lee
An expert performer of oboe, English horn, and oboe d’amore, Catherine Lee actively commissions evocative new music and has extensive experience in classical, contemporary, interdisciplinary collaborations, and free improvisation settings. A founding member of the Lee+Hannafin Duo alongside Matt Hannafin, Lee is also part of the Re:Soundings trio which performed Roscoe Mitchell’s seminal work Nonaah at the Park Avenue Armory (NYC, 2019) and whose recording of the piece is available on Roscoe Mitchell and Ostravaska Banda (Wide Hive Records, 2020). A former member of Orchestre Symphonique de Longueuil, Catherine has also appeared with the Oregon Symphony, Oregon Ballet Theatre Orchestra, Portland Opera Orchestra and Les Grands Ballets Canadiens de Montréal, among others. Lee’s solo CD, social sounds, released in 2013 on Teal Creek Music and featuring works by Canadian composers received wide acclaim, having been deemed “a CD as compelling as it is eminently listenable.” (The WholeNote) A well-known researcher and dedicated teacher, Lee is on faculty at Willamette University and holds a Doctor of Music in Oboe Performance from McGill University (Montreal, Quebec), and a certification from the Deep Listening Institute (New York). www.catherinemlee.com