Ana Sokolović’s Turning Point Ensemble commission, “...and I need a room to receive five thousand people with raised glasses…or…what a glorious day, the birds are singing « halleluia »…”, has been nominated for ‘Classical Composition of the Year’ at the 2017 Juno Awards.

Nominated for ‘Classical Ensemble of the Year’ by the 2016 Western Canadian Music Awards.

The juxtaposition and integration of vocal ensemble, instrumental ensemble and solo cello gives the recording a breadth of sound that is focussed by the distinctive approaches of the two composers. A diversity of sonorities is represented in three works by Ana Sokolović – Vez, a solo cello work from 2005 performed by the charismatic Ariel Barnes; Dring, dring, a playful a capella vocal work redesigned here especially for musica intima; and a new commission for the Turning Point Ensemble with the extraordinary title ...and I need a room to receive five thousand people with raised glasses…or…what a glorious day, the birds are singing « halleluia »…

The full realization of vocal and instrumental textures is revealed in the extended work, Thirst, by Julia Wolfe, a dramatic and intense meditation on water utilizing texts from the Old Testament prophet Isaiah. The two composers have strong individual identities and aesthetics which incorporate, and transcend their respective backgrounds and musical milieus. Julia Wolfe’s music uses repetition and varied influences to engage the listener and create a depth of expression that is spellbinding. Ana Sokolović combines the musical traditions of her Serbian heritage with her twenty-five year experience in the rich Montreal new music culture, producing a flexible and varied musical language that addresses universal issues and themes. Both are accomplished and distinctive composers with impressive bodies of work.

“Wolfe’s epic work Thirst immediately casts a spell upon the listener with its long expansive and timeless gestures, all the while maintaining a driving movement forward.” – The Wholenote Review

Thirst is available from: 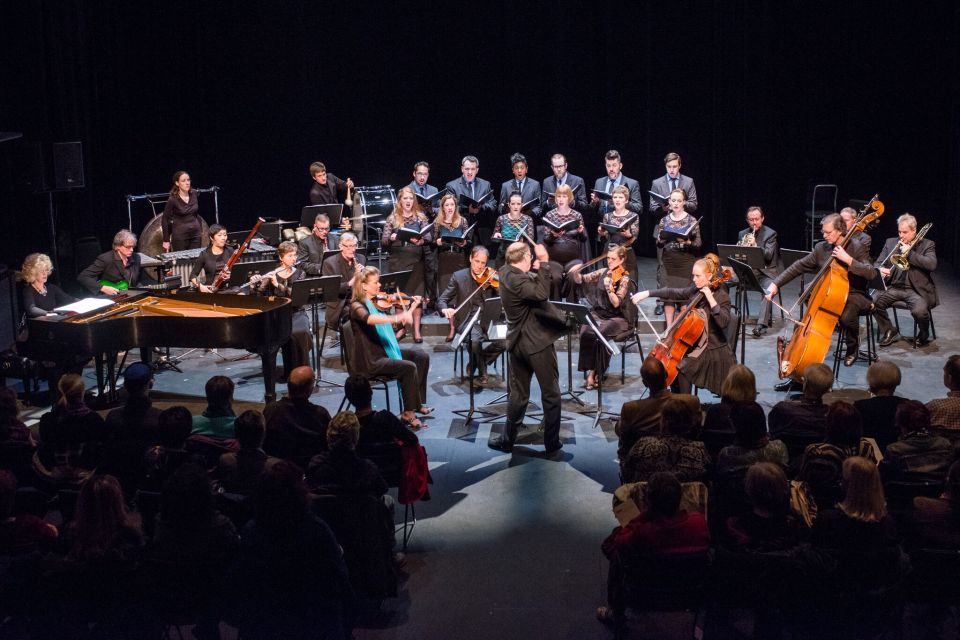 musica intima
“One of Canada’s most astonishing musical exports.” Raymond Tuttle – Fanfare Magazine
Internationally renowned for their warm and engaging stage presence, impeccable musicianship, and unique perspective on ensemble singing, musica intima has earned a reputation as Canada’s most exciting vocal ensemble. “The flexibility and agility that are a function of their small size is partly what makes them so exciting,” says Lloyd Dykk of Vancouver’s Georgia Straight. But what makes musica intima truly unique is that the singers rehearse, perform and function using a shared leadership model. A distinctly Canadian ensemble, musica intima regularly commissions and performs works by Canada’s leading composers, including Ana Sokolović, Jeffery Ryan, Jocelyn Morlock and Michael Oesterle. The ensemble has graced the stages of the world’s best known festivals and concert halls, and is frequently heard on national and international radio broadcasts. They have been nominated for three JUNO awards, and have released seven commercial recordings. The ensemble’s all-Canadian album into light (2010) won a Western Canadian Music Award for Classical Album of the Year, garnered two Juno nominations, and received a 10-star review in BBC Music Magazine. musica intima has been voted Best Local Classical Vocal Ensemble in The Georgia Straight’s Best of Vancouver Awards in 2009 through 2013 and has taken home awards for Best Classical Ensemble in WE Vancouver’s Best of the City Awards, as well as the Vancouver Courier’s Stars of the City.

Turning Point Ensemble
“…a marvel of empathetic precision.” – The Georgia Straight
The Vancouver-based Turning Point Ensemble, founded by its musician members in 2002, is dedicated to the performance of extraordinary music for large chamber ensemble from the early twentieth century through to the present day. As part of a yearly subscription season, the ensemble has regularly initiated and participated in innovative cross-disciplinary collaborations, including dance, film, theatre, and the visual arts. Such productions have included a rare remount of Erik Satie’s last experimental work Relâche, complete with newly created dance, and live synchronization to René Clair’s surrealist film Entr’acte; and in 2015, an international production air india [redacted] by Irish composer Jürgen Simpson based on poetry by Renée Sarojini Saklikar. The Turning Point Ensemble commissions leading Canadian and international composers including Dave Douglas, Alexina Louie, Linda C. Smith, Rodney Sharman, Ana Sokolović, and Owen Underhill; and also has a commitment to rediscovering forgotten work of the twentieth century. The ensemble has recorded music by Canadian composers Barbara Pentland and Rudolf Komorous. Their recording Liquid features clarinetist François Houle as soloist in repertoire by Giacinto Scelsi, John Korsrud, and Yannick Plamondon. The ensemble is the winner of the prestigious 2011 Rio Tinto Alcan Performing Arts Award in Music, and has been named one of Vancouver’s best classical musical ensembles. 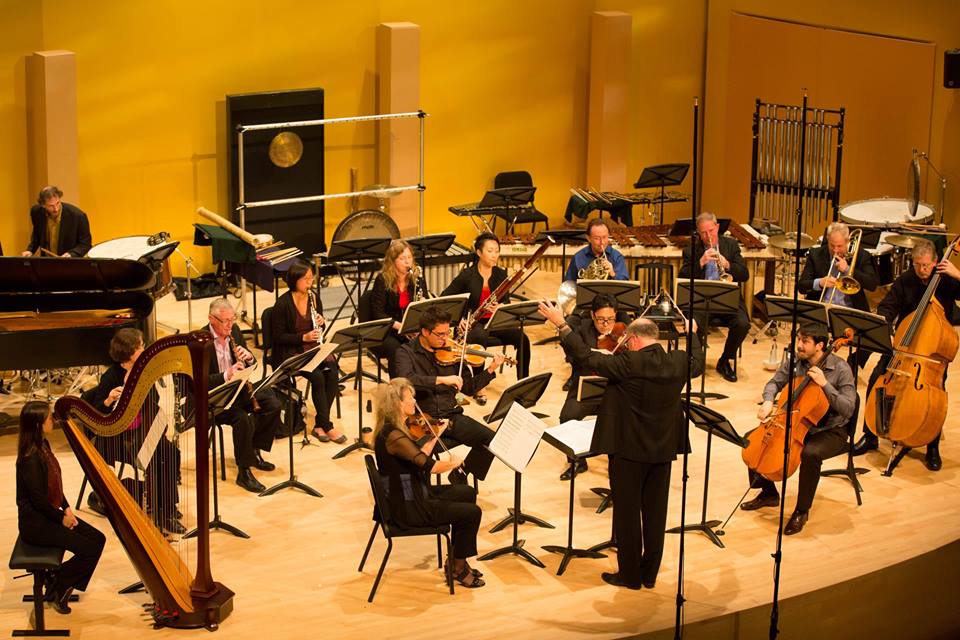