The works that form this album – Mer – share several traces from composer Paulo Guicheney’s poetics. The first of these traces is the influence of literature: Mer was inspired by Marguerite Duras’ L’amant; afloat, by Sylvia Plath’s poem Two Views of a Cadaver Room; and A Floresta de ossos uses a text by the composer himself. Second, the prevalence of a feminine voice, both in its materiality and lyricism. Luciane Cardassi’s voice is the raw material in the electronics of afloat and A Floresta de ossos, and is performed, live, in ILUMINURAS I. We can also highlight the harmonic language built of clusters, periodical rhythmic cycles, glissandi of tempi, and rhythmic ondulations present in the first three tracks; and a distinct contrast between the spoken voice and percussive gestures. Mer resulted from a close collaboration between Paulo Guicheney and Luciane Cardassi. The Canadian-Brazilian pianist commissioned and premiered several works by Guicheney and has actively influenced his writing. Without her playing and her voice, these works would be very different, or would not exist.

Luciane Cardassi
A versatile performer and creative artist, Brazilian-Canadian pianist Luciane Cardassi is an innovator, always ready for adventures on the frontiers of experimental music or collaborative inter-arts projects. Her irrepressible enthusiasm for these realms leads to concert programs offering an array of stimulating works for piano – pieces which often include her voice, electronics, dance, video, improvisation, and storytelling. Luciane is an avid supporter of new music from her home country, Brazil, as well as her adopted country, Canada, bringing their music to the international milieu. This album arose from her long-term multimedia project Going North with music by Brazilian and Canadian composers. Luciane holds a Doctorate in Contemporary Music Performance from the University of California, San Diego (UCSD), a Master’s Degree in Music from the Federal University of Rio Grande do Sul (UFRGS) and a Bachelor’s Degree in Music from the University of São Paulo (USP), where she met Prof. Heloisa Zani, a major influence in her music making.  Following a two-year Visiting Professorship at the Federal University of Bahia, in Salvador, Brazil, Luciane is now back in Banff, where the beautiful surroundings of the Rocky Mountains inform and inspire her creative practice. www.lucianecardassi.com

Paulo Guicheney is a Brazilian composer. He studied composition with Estércio Marquez Cunha. Guicheney’s music has been performed in several countries, such as Argentina, Brazil, Canada, England, Ireland, Mexico, Spain, Uruguay and U.S.A. He won a FUNARTE Award at the XVII Contemporary Music Biennial in Rio de Janeiro. Since 2008, Guicheney has been professor of composition at the School of Music and Performing Arts at the Federal University of Goiás.   www.pauloguicheney.com 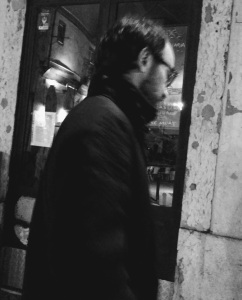